Since its incorporation, Celyad Oncology has built strong partnerships with key international academic institutions and strategic organizations in order to maximize the therapeutic potential of its product candidates and intellectual property. For those interested in potential licensing deals, please reach out to us at licensing@celyad.com.

We are continually exploring  opportunities to fully harness the true potential of technology platforms and intellectual property, enhance our rich pipeline of CAR T cell therapies and support the development of next-generation candidates

The CAR technology developed by Celyad Oncology uses human NK cell receptors which, unlike traditional CAR technologies, have the potential to target a broad range of hematological malignancies and solid tumors via a human natural receptor that targets ligands present on most tumor types. The research underlying this technology was originally conducted by Dartmouth College Professor Charles Sentman, and has been published in numerous peer-reviewed publications such as Journal of Immunology, Cancer Research and Blood.

In September 2020, the Company has entered into a clinical trial collaboration with MSD, a tradename of Merck & Co., Inc., Kenilworth, NJ., USA, through a subsidiary.

In May 2017, we signed a non-exclusive license agreement with Novartis related to our U.S patents for the production of allogeneic CAR T cell therapies associated with two undisclosed targets. The agreement includes Celyad Oncology’s intellectual property rights under United States Patent No. 9,181,527 related to allogeneic human primary T cells that are engineered to be T Cell Receptor (TCR) deficient and express a Chimeric Antigen Receptor (CAR).

Under the terms of the agreement Celyad Oncology received an upfront payment and is eligible to receive success-based milestones and royalties based on net sales of the licensed target associated products. Celyad Oncology retains all rights to grant further licenses to third parties for the use of allogeneic CAR T cells. 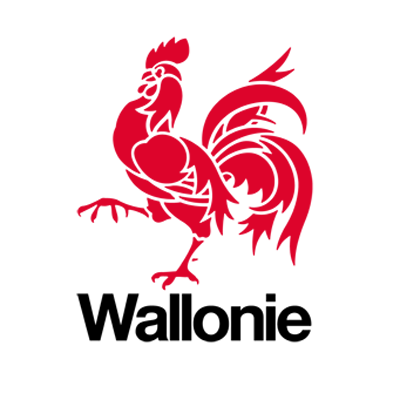 In 2019, Celyad Oncology announced that the company received €11 Million in Grants and Non-Dilutive Funding by the Walloon Region. These funds will help support the development of the Company’s CAR T candidates, including CYAD-01 and CYAD-02 for the treatment of relapsed/refractory acute myeloid leukemia, as well as next-generation approaches currently in preclinical development.

In July 2020, the Company was awarded an additional €3.3 million in non-dilutive funding in the form of recoverable cash advances by the Walloon Region associated with Company’s lead allogenic CAR T candidate CYAD-101. The regional funding will help support the development of CYAD-101 for the treatment of mCRC, including the launch of the expansion segment of the ongoing alloSHRINK trial. The funding for technological innovation received on behalf of the Walloon Region was approved by Mr. Willy Borsus, Vice President of Wallonia, Minister of Economy, Foreign Trade, Research and Innovation, Digital, Agriculture and Territorial Development.

In December 2020, The Company received an additional €3.4 million in non-dilutive funding from the SPW-Recherche of the Walloon Region, which will support the development of CYAD 211.